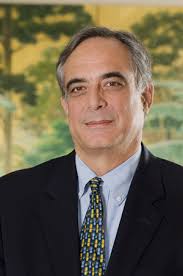 Mr Sette has extensive experience as a consultant to trade associations specializing in international trade matters, and was Superintendent for Development of the Chamber of Commerce of the State of Rio de Janeiro (Fecomércio-RJ) and Secretary General of the Brazilian Association of Coffee Exporters (Abecafé). In the private sector, he worked for ten years at Inter-Continental de Café S.A., a leading Brazilian coffee trading house, where he was a trader and head of the Technical Department. He also worked in the Inter-American Development Bank, in Washington, DC, USA, and began his career with the Brazilian Coffee Institute, the government agency responsible for the regulation of the coffee sector in Brazil.

Mr Sette has a MBA with a major in finance from American University in Washington, DC, and a BA in Administrative Science from Yale University.