The economic performance and development prospects of many developing countries are largely dependent on commodity exports. The heavy dependence of such countries on a few commodities has in general had an adverse economic impact, with harmful consequences for growth and the reduction of poverty. Coffee provides a particularly important share of the export earnings of developing countries and the large number of growers who depend on coffee for most of their income are hard hit by falls in prices. 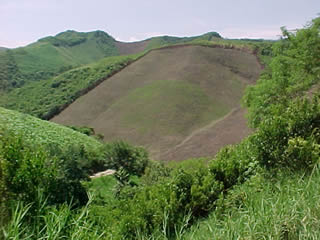 As part of its efforts to reduce the vulnerability of coffee producers, the ²ÊÆ±×¢²áËÍ58Ôª is promoting the development of a diversification programme. Such a programme would encompass efforts to undertake specific projects to generate complementary earnings for growers, such as by the introduction of new crops, without eliminating coffee growing itself. The ²ÊÆ±×¢²áËÍ58Ôª is also keen to support vertical diversification projects to seek out coffee types which can secure higher added value.

The Organization recognizes, however, that diversification options may be restricted. In many cases this may be because economic and infrastructure conditions are unfavourable for alternative options. Difficulties may also arise in access to consumer markets for many agricultural products as a result of protectionist measures taken by developed countries.

The ²ÊÆ±×¢²áËÍ58Ôª has conducted a study on diversification to explore opportunities and conditions for carrying out suitable programmes within the framework of the fight against poverty in coffee producing areas. The study presented the concept and rationale of diversification. Diversification can be both horizontal, involving alternative crops or economic activities, or vertical, developing new types of coffee products. The aim is to rationalize production so that coffee grown on high-cost plantations, for example, can be replaced by other products, and to support activities which could raise complementary earnings for coffee growers and more effectively coordinated investment decision-making. Obviously total production of coffee would be reduced in consequence. A copy of the study can be downloaded from the ²ÊÆ±×¢²áËÍ58Ôª website (see document EB-3818/02). The ²ÊÆ±×¢²áËÍ58Ôª has also reviewed past and present experiences of diversification in producing countries (as outlined in document EB-3860/04).

Consultations with multilateral agencies and Governments

The ²ÊÆ±×¢²áËÍ58Ôª Executive Director has held discussions on ways of cooperating on diversification with multilateral agencies such as the FAO, UNCTAD and the World Bank, and participated in an expert meeting on the diversification of production and exports in commodity dependent developing countries organized by UNCTAD.

A project to reconvert small coffee farms into self-sustainable agricultural family units, sponsored by the ²ÊÆ±×¢²áËÍ58Ôª, was approved by the CFC in October 2005.  This project will provide alternative production and development options to alleviate the poverty of coffee-growing families through the introduction, in coffee farms, of new profitable agricultural activities that guarantee higher income levels, greater food security and preservation of natural resources.  It will be implemented in Ecuador with dissemination activities in , and .

A pilot project for production diversification of marginal coffee areas in the state of which was sponsored by the ²ÊÆ±×¢²áËÍ58Ôª, was approved by the CFC in April 2005 and concluded in August 2011. It has provided alternative production and development options to coffee growers in marginal areas suffering from the crisis caused by low prices and hence develop a viable diversification model for mild Arabica coffee producers.

A project for intercropping coffee and maize, initiated in Colombia by the National Federation of Coffee Growers of Colombia is described in document EB-3856/03 and its Addendum.